This article is a companion piece to Cross: Cultural and first appeared
in the Guild newsletter, the Filum Aureum, Spring 2002.
All graphics are clickable and linked to larger pictures.

Cross Stitch on Linen — Patterns from Spain and France

These patterns are taken from the inner pillowcases, made of linen, that were found inside more elaborately worked outer covers on cushions from the 13th and 14th century royal tombs at the monastery of Las Huelgas, near Burgos in Spain. The originals are worked in red or black silk in a combination of long armed cross stitch (the straight lines) and simple cross stitch (points and isolated stitches).

The castle motif is placed near each of the four corners of one side of the pillowcase, and as you can see, it’s worked on linen tht is not quite even weave. (In the center of this pillowcase is a motif in a different technique.) Another fragment has a border of very similar castles in solid cross stitch, with openings only at the doors and windows. 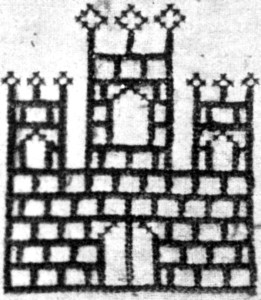 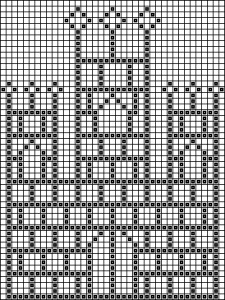 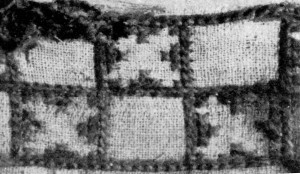 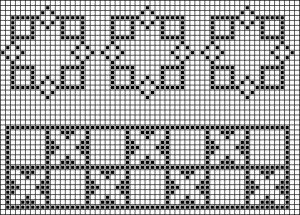 The other patterns are for simple borders, from fragments of the bottom edges of the same pillowcases. All of these can be worked either in the original combination of stitches or in simple cross stitch. 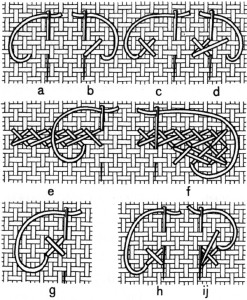 The diagram here illustrates how to begin, and continue, rows of long armed cross stitch in either a horizontal or vertical direction. 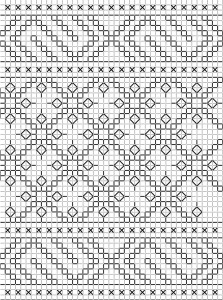 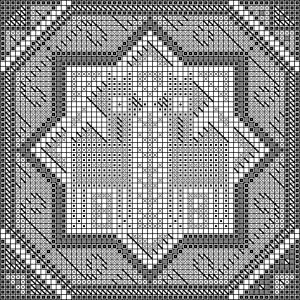 Chart for the cover page from Filum.  Chart for one of the motifs from the Huelgas cushion.

Here are pictures and two motifs from a purse solidly embroidered in long arm cross stitch, from the Cathedral Treasury at Sens, near Paris. Sens was for many years the premier archdiocese of France, and so has received gifts and collections from many other churches, especially those destroyed during the French Revolution.

I apologize for the poor photos; the originals are very small and very old. I’ve given charts for a couple of the basic motifs.

My thinks to Baroness Tangwystyl verch Morgant Glasvyrn, who saw this purse in Sens and took extensive notes that enabled me to reconstruct all the patterns and colors.

Any of the patterns from this purse could be worked on linen in solid cross stitch or like the originals in long armed cross stitch, with the stitching following the lines of the motifs. They would make nice pincushions, either backed with solid color fabric or as a hanging decorative pincushion or “scissors fob” with the designs on both sides. 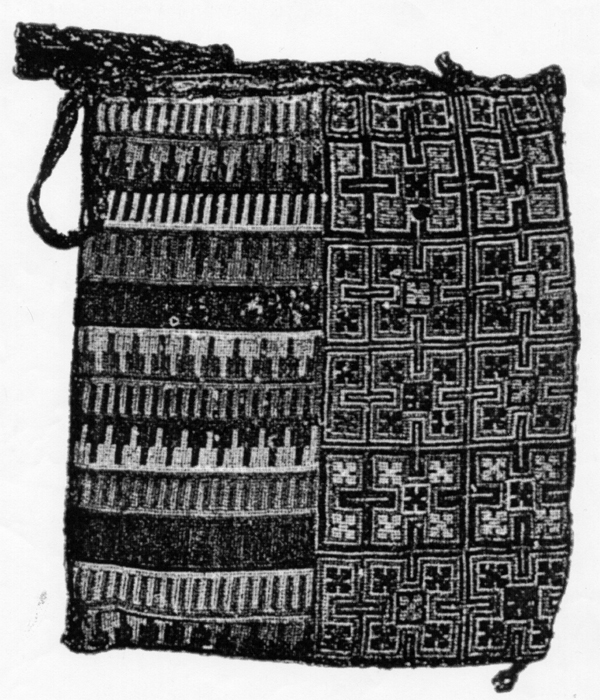 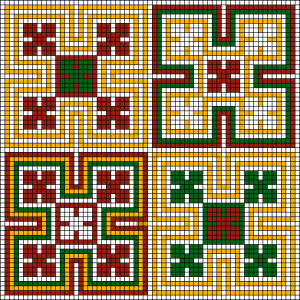 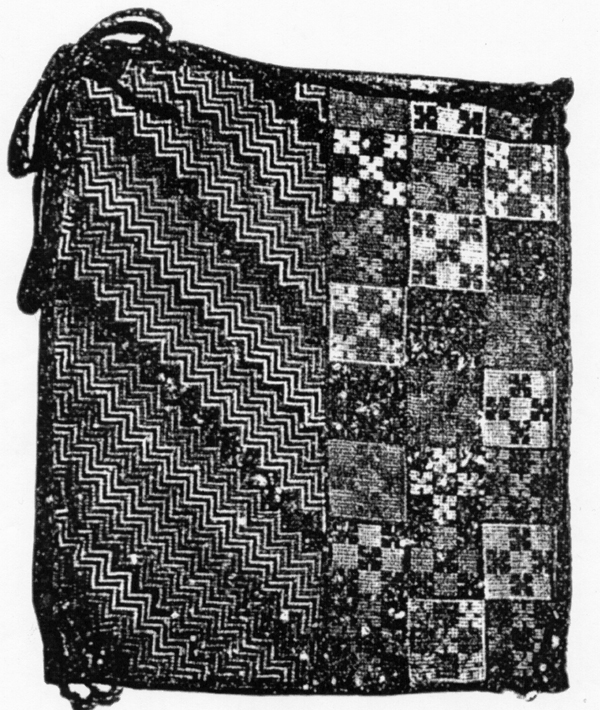 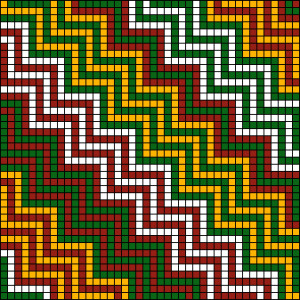 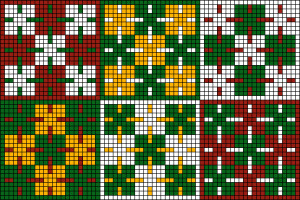